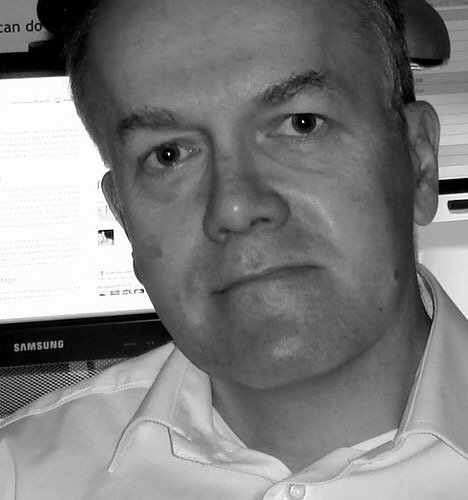 Hello there. This is me.

I’m a practicing Stoic with a bit of Pantheist, Humanist and Bhuddist mixed in. Alan Watts is my guru.

I’m bullshit intolerant. An optimist who gets depressed.

I need space, I don’t do crowds and cities.

I believe the Power Elite exists and there’s nothing we can do about it.

I believe most of us are being played.
(Read ‘Creating Freedom’ by Raoul Martinez) 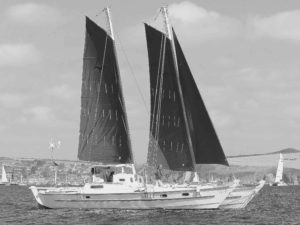 I lived on a boat for years. I didn’t sleep on land often.

That’s my boat over there on the right, I built her myself, in a barn far from the sea.

Now I live in a home on wheels, I’m back ashore for a while.

I’M A JACK OF ALL TRADES – a Renaissance Man, Polymath, Multipotentialite,

I’m proud of that. Jacks (and Jills) of all trades get bad press. Folks forget the full rhyme goes like this:

I believe that being multi-skilled, innovative, knowledge-seeking, exploratory and multi-purposeful is a good thing. I’m too complex to categorise.

The ”Dean of science fiction writers” Robert A.Heinlein once said –

“A human being should be able to change a diaper, plan an invasion, butcher a hog, conn a ship, design a building, write a sonnet, balance accounts, build a wall, set a bone, comfort the dying, take orders, give orders, cooperate, act alone, solve equations, analyse a new problem, pitch manure, program a computer, cook a tasty meal, fight efficiently, die gallantly. Specialisation is for insects.”

I was taught English by Craig Thomas, at King Edward VI Grammar School, Lichfield. He was the only one there worthy of the title ‘teacher’.

He later wrote 18 books including the novel ‘Firefox‘, which was made into a movie starring Clint Eastwood.

He passed away in 2011, but I shall always be grateful to him for sparking my passion for reading and writing.